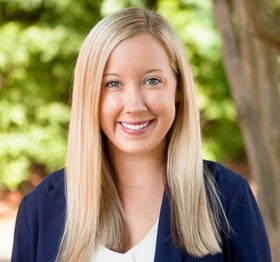 Rachael is the CEO of etailinsights.  She joined in the early "start-up" stages of etailinsights and has been committed to growing our company ever since.  Her current role might as well read “wearer of many hats” or “Jill of all trades”, as Rachael is the go-to person here at etailinsights. She plays a major role in the company’s overall performance, maintaining operational excellence, and implementation of all HR strategies that drive our work culture. She also oversees all initiatives involving charitable activities. Rachael holds a BS Business Administration degree from North Carolina State University with a concentration in Human Resources. When she’s not giving it her all at etailinsights, Rachael enjoys traveling, watching college athletics, aiding in animal rescue, and exploring local hiking trails.

Darren Pierce is the Founder and Chairman of etailinsights. Prior to launching etailinsights, he spent many years working with B2B start up companies, specializing in leadership, strategic development, enhancing client relationships, and maximizing revenue growth. Read the blog post describing why Darren started etailinsights here.

Preston Brown is the former Chief Technology Officer of etailinsights and is currently serves as an advisor to our engineering team. He has significant experience in guiding the growth and development of start up software companies. Prior to joining etailinsights, Preston served as Vice President of Software Engineering for Bronto Software, where he guided the development of that company’s technology through significant expansion in both capability and scalability.

Over the last 12 years, Adam has been building and managing web software for both the online and offline marketing world. Prior to etailinsights, Adam was a product manager for enterprise marketing applications at Unica and Bronto Software. He earned a BS in Computer Science from Worcester Polytechnic Institute.

Marty has spent more than a decade in product management and marketing with companies such as IBM and Red Hat. He was previously VP of Products at Bronto Software, leading the company’s initiative to focus on the retailer segment. Marty holds a BS in Mechanical Engineering from Duke University and an MBA from the University of North Carolina – Chapel Hill.

Bobby Martin has cofounded two successful startups, one of which, First Research, a leader in sales intelligence, was sold to Dun & Bradstreet. Martin is author of The Hockey Stick Principles. He is chairman and cofounder of Vertical IQ, a leading provider of sales research insight for banks. He speaks frequently about entrepreneurship at universities around the U.S. and at corporate events. In 2006, he was the recipient of the Triangle Business Journal’s “40 Under 40” Award in Raleigh.